Ryzen 7 (pronounced Rye-Zen Seven) is a family of high-performance 64-bit octa-core x86 microprocessors introduced by AMD in 2017 as a successor to the FX family. Ryzen 7 is based on the Zen microarchitecture and is manufactured on GF’s 14 nm process. Ryzen 7 is marketed toward the high-end enthusiasts desktop market offering the highest level of performance. The Ryzen 7 is positioned against Intel’s high-end Core i7 processors, offering competitive performance at lower prices. 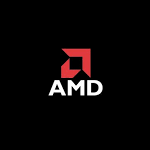 Introduced by AMD in February of 2017, the Ryzen 7 is the first family of performance processors based on the Zen microarchitecture, a successor to Excavator. Zen offers as much as 52% single-thread performance improvement over its predecessor. All processors offer eight cores, sixteen threads and are manufactured on GlobalFoundries’ 14 nm process. Additionally models are unlocked (i.e., they can be overclocked) however the ability to overclock will depend on the thermal headroom (e.g. TDP, cooling used) and the chipset used. Note that not all AM4 chipsets support overclocking. Ryzen 7 introduces a number of new technologies not previously offered by AMD such as a two-way simultaneous multithreading and Precision Boost (similar to Hyper-Threading & Turbo Boost respectively).

Ryzen utilizes AMD’s unified Socket AM4. However, Ryzen 7 processors are a complete system on a chip, integrating the northbridge and the memory controller, along with much of the southbridge on-die. These processors includes 16 PCIe lanes for a GPU along with an NVMe controller and an additional 4 PCIe lanes for I/O along with SATA and USB 3.0 links. Ryzen 7 desktop SoCs do not incorporate integrated graphics processors.

The Ryzen 7 family became AMD’s first series of processors to compete in the high-performance desktop market for the first time in over half a decade.